How to Get From Ho Chi Minh to Nha Trang

While it’s not the closest beach to Ho Chi Minh, Nha Trang is probably the best beach destination nearer the city. It’s certainly the most popular and largest in the south at more than 535,000 full time residents. It lies approximately 440 kilometers by motorbike, 411 km by train and 406 km by flight.

What’s the best way to travel from Ho Chi Minh City to Nha Trang? There are a few options, mostly depending on your budget and preference.

At an hour and ten minutes this is by far the fastest and most popular option. It’s also the most stress free and should be your choice if you got the budget. Nha Trang is served by the Cam Ranh International Airport, which lies 35 km to the city center of Nha Trang. The taxi/shuttle from the airport takes about 45 minutes and run about 300,000 dong (~$15).

There are three main airlines that operate nonstop between the two cities. Browse and book your flights direct on the airline’s website, or on a comparison website, such as SkyScanner. Flights can be found for less than $50 at times round trip.

In Cam Ranh Once you’re in Nha Trang, you can rent a local motorbike to get around and see the local sights around the city.

The same north-south running Reunification Express that goes from Saigon to Hanoi makes a stop in Nha Trang. Built by the French, the railway station in Nha Trang opened in 1836, so it’s more than 180 years old. It lies less than 2 km from the beach of Nha Trang.

Choose between five different fare types when all are available. It’s best to go for a soft berth or at least a soft seat. Tickets for these run around $25- $50, depending on the selection. Expect a dirty cabin or carriage, foul bathrooms, loud noises, and a critter or two running around. Hope for hygiene.

The total distance is 411 km and takes between 7.5 and 9 hours to arrive in either destination, depending on the train you take. Nha Trang is the third station after leaving Saigon. Delays are common.

The tickets do not allow you to get off the train and board again. If you wanted to get off at the first railway station, Muong Man (to go to Mui Ne) or second station, Thap Cham (to go to Da Lat), you’ll need to buy a ticket from station to station.

The cheapest and scariest option is always the bus. At $10-15 for a sleeper bus ticket, the biggest advantage of a bus to Nha Trang is cost. During the day there’s beautiful scenery to see over the 10 hour drive. Or you can take an overnighter and try to pass out. And save yourself a hotel booking too.

Choose between a sleeper bus or a daytime bus. The bus will make a few stops for restrooms and to eat. The tiny bathroom on-board the bus is for number one only. The wifi that’s advertised probably won’t work. So bring something that doesn’t require a connection to do.

They are double decker style, so choose top or bottom. Don’t pick a seat back by the toilet, people coming and going all trip long. Tall people are a tight squeeze on the sleeper bus and there’s not a lot of personal space for cargo. You can book a train at any of the tour agencies in town near the backpacker’s district in town at Pham Ngu Lao Street.

However, for around 2-3x the low cost of a bus ticket, you could be on a much more comfortable train with a soft bus-style reclining seat. It’s also safer, faster and more reliable on board a train. Unlike Hanoi to Sapa, where choosing the train is slower than the bus.

This is essential another long bus, but just nicer. It also has considerably less people because it’s not double decker. There are also shorter van style shuttles that offer trips to Nha Trang. Go to travel agent shop to arrange these trips.

For a best shot at wifi and premium seats, go with 3S Limo. They’ll pick you up at your hotel or from Tan Son Nhat Airport in Saigon. In addition to Nha Trang, you can take their buses to Mui Ne and Da Lat. The trip to Nha Trang runs on their Dcar business class and cost around 450,000 dong to 615,000 dong depending on time of booking and available seats.

The backpackers’ desired method of travel is the motorbike. The 9 hour trip from Saigon to Nha Trang is doable on a motorbike in one day. Or extend the fun and brake half way there in Mui Ne beach a night or two.

The drive to Nha Trang is beautiful following the ocean’s coast. It overlooks it up close for a magnificent stretch north of Mui Ne. Notorious police trap zone, go the speed limit, hide the bulk of your cash and expect to get pulled over just after Mui Ne. However, this passes by a double set of sand dunes, White and Red, one of the many famous and fun things to do in Mui Ne. So do consider adding a Mui Ne layover by the city of Phan Thiet.

You can rent a motorbike in Saigon at a number of places. Be careful to choose a reliable bike at a reputable dealership. Many people go through Tigit, which is great for cross country trips with their other location in Hanoi. I’d recommend Saigon Motorcycles, they’ll always square you away with a proper, safe, quality motorbike and gear.

Regardless of how you get to Nha Trang, you’ll have a blast once you’re here. There are numerous luxury hotels near the beach, as well as more affordable accommodations. It’ll be easy to have an action packed itinerary too after discovering Nha Trang’s attractions. Safe travels from Ho Chi Minh to Nha Trang! 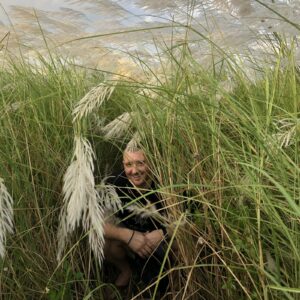 How to Get to Fansipan Cable Car from Sapa Town
Next Post: How to Get From Ho Chi Minh to Hanoi