The 8 Tallest Buildings in Vietnam

Between Hanoi and Saigon, Vietnam has its fare share of tall buildings lighting up its skylines. Although typically known for its incredible beaches, is on the cutting-edge of commerce and infrastructure in the developing world.

When visiting either Ho Chi Minh City, to the south, or Hanoi, in the north, this fact becomes much more apparent when looking at the cityscapes, as many of the skylines have been adorned with grand skyscrapers.

In the past two decades, the ingenuity of the Vietnamese people, coupled with capital from other countries competing for a place in this up-and-coming financial market, have led to the construction of these new superstructures.

Here are the tallest buildings in Vietnam, which include residential, commercial, and mixed-use structures.

Landmark 81 is the tallest skyscraper in all of Vietnam and currently reigns as the 15th tallest building in the world. Proudly touching the clouds in Ho Chi Minh City, Vietnam, this 1,530-foot monster stands on the bank of the Saigon River in the heart of the Binh Thanh District for all to see.

Landmark 81 was built by Vietnamese corporation, Vinhomes, and is the central tower in this high-end area of Saigon known as Vinhomes Central Park.

This 81-story skyscraper is the biggest “green building” in Vietnam and boasts features that save energy as well as offer a clean water system equaling EU standards for all of its guests.

The Landmark 81 tower is the pride of Vietnam and includes a hotel and conference facility, luxury apartments, endless restaurants and bars, high-end retail spaces, the largest ice-stadium in Vietnam, and a multi-story observation deck with incredible views of the city.

Landmark 81 is a great symbol of a new Vietnam that is gracefully rising into prosperity and modernity.

The Keangnam Landmark Tower 72 hovers over the Nam Từ Liêm District, in Hanoi, Vietnam at 1,102 feet tall. This 72-story mixed-use tower has a total floor area is 609,673 m2, making it the fifth-largest floor area of any single building in the entire world.

Furthermore, the Keangnam Landmark Tower 72 used to hold the status of the tallest building in Vietnam until Landmark 81 was built in 2018.

This mighty skyscraper is owned and operated by the South Korea-based company, Keangnam Enterprises, Ltd. and boasts a 5-star InterContinental hotel with its 359 rooms and 9 floors, both office and retail spaces, entertainment areas, international restaurants, clinics, and convention centers.

There is also a special elevator to the top that delivers you up to the Sky 72 in only 60 seconds! Once there, visitors may use a telescope to view the astonishing and historical city of Hanoi.

With 65 floors and impressive modern architecture designed by the American company, Callison, the Lotte Center is the third-largest skyscraper in Vietnam, standing at 892 feet tall.

Inspired by the ao dai, Vietnam’s traditional long dress, Lotte Center Hanoi is a beauty to behold. Just like the ao dai, the tower presents a sleek, elegant, and tapered design that is defined by bold vertical lines.

Lotte Center boasts a 5-star luxury hotel, the Lotte department store, serviced apartments, the Evian Spa, many restaurants and cafes, the city’s finest observation deck, and Lotte Mart. Lotte Mart is a massive “Wal-Mart-like” supermarket where locals can purchase food and living supplies all in one location.

Designed with inspiration from Vietnam’s national flower, the lotus, Bitexco is the fifth tallest building in Vietnam as well as the second tallest in the great city of Ho Chi Minh.

Owned by a Vietnamese multi-industry corporation called Bitexco Group, this building houses the southern offices while its headquarters remain in Hanoi, to the north.

Located on the 52nd floor of this 68-story skyscraper, the helipad extends out from the building and hovers ominously over the city below. Best known for its 360-degree views from its 860-foot rooftop, located across the Saigon River, Bitexco is a must-see stop on any tourist’s bucket list.

Within the Keangnam Hanoi Complex in Hanoi, there are two enormous residential towers managed by InterContinental Group. Each tower has 49 floors, all available for luxury and green residential housing.

These imposing figures are located directly beside the grand Keangnam Landmark Tower 72 and 696-feet tall, you will rarely find a larger fully residential tower in the world.

The thousands of residents that live inside the Keangnam towers enjoy amenities such as swimming pools, gardens, tennis courts, gyms, children’s playgrounds, shopping centers, and amusement parks. One would never need to leave the complex if they so choose.

The Vietcombank Tower Saigon is a 40-floor, 676-foot tall structure directly located in the center of the financial district of Ho Chi Minh City. This building boasts a modern, “royal” appearance and houses office spaces and financial rooms for banks as well as financial institutions from across the world.

The Saigon One Tower in Ho Chi Minh City has uniquely been labeled a “Ghost Tower”. Standing tall and unfinished since the early 2000s, this 42-story tower stands as a reminder that all great ventures don’t always go as planned.

Saigon One was originally designed to be a haven for upscale offices, apartments, and stores, but fate, corruption, and bad financial dealings seem to have gotten in the way. The tower stood incomplete for many years and the project has now been abandoned.

You can capture a view of what remains of Saigon One Tower as you cross the bridge into the heart of Ho Chi Minh City. It still stands in unique contrast to all of the beautiful and outstanding skyscrapers that continue to find success in the thriving and growing Vietnam landscape.

Lighting up the city skylines, these are among the tallest buildings in Vietnam. Keep your head up when strolling through these famous streets or take a trip up to the top and look at the city below. 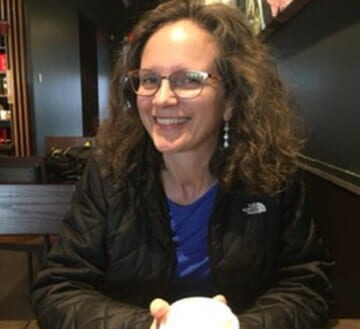 After 25 years as an educator, wife, mom and world traveller, Amy has journals of stories and life lessons overflowing. In this new season of life she is choosing to write for others instead of only for herself and share a bit of her experiences with the world. Immersed in all types of writing for various clients, Amy’s greatest passion is to write, live and curate spaces that inspire women to live bigger stories .