Is Vietnam an island nation?

While Vietnam is home to dozens of islands, the country itself is not one. Instead, it is bordered by China, Laos, and Cambodia as well as the South China Sea, Gulf of Tonkin, and the Gulf of Thailand.

Vietnam is located in Southeast Asia on the eastern side of the Indochina peninsula. Running in an “S” shape approximately 1650 km (1,025 mi) north to south and 48 km (30 mi) east to west. While the country isn’t an island, there is plenty of water to be found in the surrounding Pacific Ocean.

There are over 40 islands in Vietnam, with the most famous ones being known for their beautiful beaches, clear waters, and tropical vacations. Some of the most popular islands to visit include Phu Quoc, Con Dao, Con Son, and Cat Ba.

Vietnam can be divided into two clear regions: the area north of the Red River and the area south of the river toward Laos. The river has created a wide and deep valley that runs northwest to southeast.

The north comprises the highlands and the Red River Delta. In the south, the Mekong River Delta, coastal lowlands, and the Annamese Mountains reside.

Over 75% of Vietnam is made of hills and low mountains. The other 25% is covered by deltas, which are divided into areas by hills and mountains. There are two major rivers in Vietnam: the Red River and the Mekong River.

The Annamese Mountains create the boundary between Vietnam and Laos. The range is made primarily of limestone, granites, and sandstone. Its tropical climate is a mountainous rainforest, which just adds to Vietnam’s beauty.

Temperatures in Vietnam range from -5° C (23° F) at the Mau Son Peak in northern Lang Son Province during winter (December/January)  to a record 43° C (110° F) in rural Huong Khe during (April). The northern side is monsoonal with hot, rainy seasons (May – September) and warm, dry seasons (October – March).

The south is hot, humid, and tropical. May to October is the wet season and November to March is its dry season. The typhoon season is from May to January, these torrential rains wreak havoc in Vietnam.

The ideal time to visit Vietnam is during the dryer seasons when temperatures are less intense (November to March). This is also the time period when the festivities of Tet occur, which usually fall in January or February, depending on the Lunar calendar.

When packing for Vietnam, make sure you have layers as you visit each of these unique landscapes. Temperatures will vary, but so will the beauty that you see! 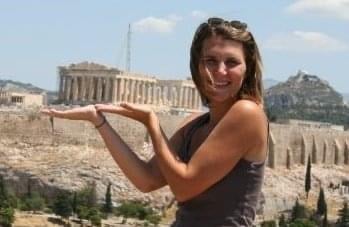